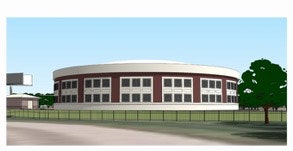 When the Metropolitan Saint Louis Sewer District managers decided to construct a new six million gallon wet weather storage tank in Saint Ann, MO across from the St. Louis Lambert International Airport, they were required to have this high-profile tank designed to architecturally complement future retail development in the area. Preload, as a subcontractor to Goodwin Brothers Construction Company, Inc., worked closely with consulting engineers Crawford, Murphy and Tilly to develop an Exterior Insulation Finish System (EIFS) on the tank to “disguise” the tank to resemble an architecturally pleasing office building. 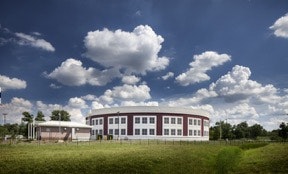 Aside from the extensive architectural treatment, there are also several unique features incorporated into the tank including: 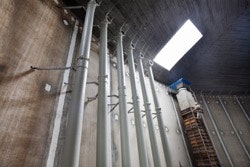 The tank represents an attractive and low maintenance solution to the storm water issues facing many cities and towns across the United States. Most importantly, it is an example of the cost savings that can be achieved through the use of storage tanks over other storm water management solutions.

The City of Lubbock, Texas Completes Milestone Project – A Tank In A Tank (With Time Lapse Video)

When the City of Lubbock, Texas master plan and feasibility studies were completed in 2012, the City and their consulting engineer...

When the need for two new Reclaimed Water tanks arose in Katy, TX, the owner, Cinco Southwest MUD No 1, and their consulting engin...

Preload is currently constructing our tallest ever drinking water storage tank in America’s smallest state. The City of East Pro...