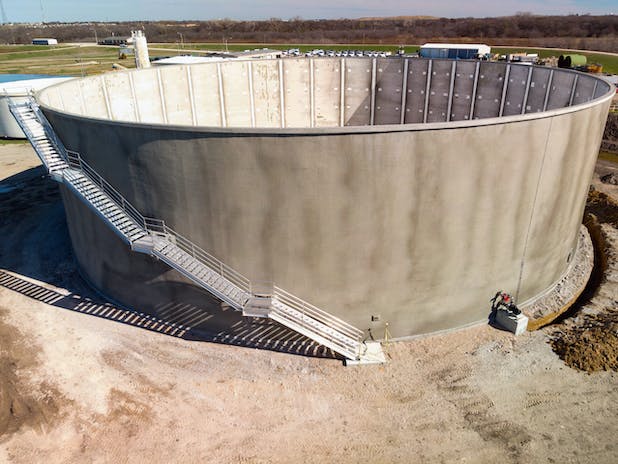 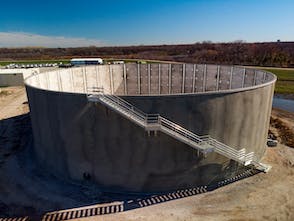 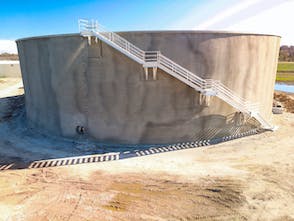 The City of Fort Worth, Texas, is the 16th largest city in the United States and fifth-largest in the state of Texas. It is one of the fastest growing cities according to Forbes magazine and home to the historic stock yards, multiple multinational corporations and a school who pride themselves as the TCU Horned Frogs. With so many positive attributes attracting new population at a rapid pace the City’s growth rate resulted in the need of additional liquid solids handling.

In 2018, the City partnered with Stantec, Austin, TX, to select Preload to build a 5.0MG Liquid Biosolids Storage Tank at their Village Creek Water Reclamation Facility.

The 5.0MG ground storage tank is an AWWA D110 Type III prestressed concrete open top tank and was selected because of its long-term durability and low cost of maintenance.