Named for Wyoming County, New York, from which many of its early settlers came, Wyoming has the third-largest industrial tax base in Western Michigan. With more than 72,000 residents, Wyoming’s population continues to grow. To accommodate water supply and storage for its growing population, the City of Wyoming hired the engineering firms Black & Veatch, Detroit, MI; and Fishbeck, Thompson, Carr & Huber, Inc., Grand Rapids, MI, as the project consultants to design two 5.0 MG water storage tanks. The City opted for twin tanks to allow for redundancy in the water system; that is, one tank can be removed from service while the second tank remains in operation, with no interruption in service to local residents. After researching all of the available options, the engineering consultant and the City decided to specify AWWA Type III wire-wound prestressed concrete tanks due to their long-term durability and low cost of maintenance.

Preload was chosen as the preferred tank builder to design and construct the two 5.0 MG wire-wound prestressed concrete tanks. Built in 2001, both tanks feature dome roofs. With their uniform compression throughout the dome shell, these dome roofs are designed to handle Michigan’s heavy snows with ease. 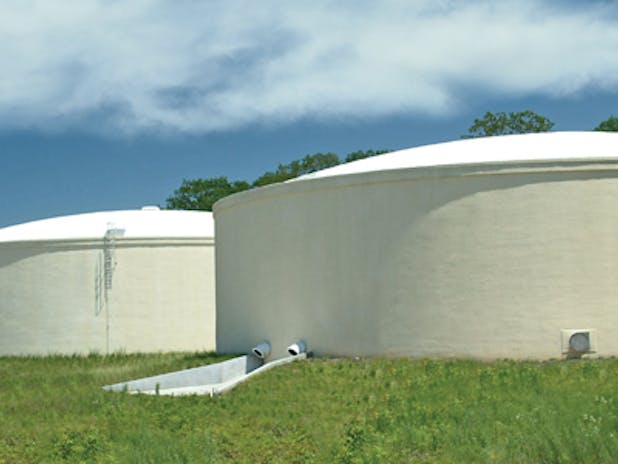